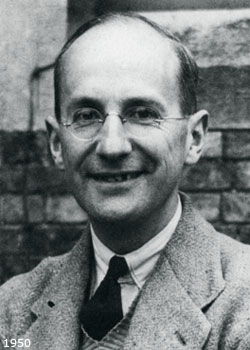 His father served as Second Master at the Woodbridge Grammar School and his mother descended from George Biddell Airy, Astronomer Royal (1835-1881). In 1921 he entered Corpus Christi College, Cambridge University, to read classics, but he switched to natural sciences, taking his degree in 1924 and finishing in 1925, then taking a position at Kew Gardens:

He became Acting Principal Scientific Officer at the end of 1948 and an expert on tropical Asian botany and on entomology. Some special projects were a compilation of Russian botanical terms, the family Euphorbiaceae, Index Kewensis, and the preparation of the 7th edition of 'Willis'. He had a period of absence from Kew from 1952-1958 to pursue private Christian activities.