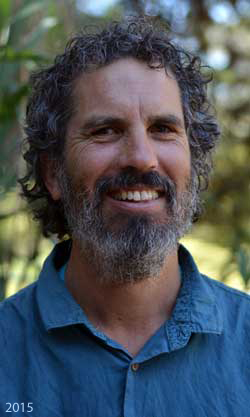 His Dip. (Applied Science) was secured at the Victorian College of Agric. & Hort. (Burnley) and his MSc.(prelim.) at Melbourne University.

Albrecht joined the National Herbarium of Victoria (MEL) as a Technical Officer in December 1983 and was promoted to Identifications Botanist in 1987. He managed the plant identification and enquiry service up until 1993. During his time at MEL he completed several taxonomic papers describing taxa in Boronia, Grevillea, Lobelia and Monotoca, and prepared the Epacridaceae, Juncus, Campanulaceae:Lobelioideae, Aleuosmiaceae and Pittosporaceae accounts for the Flora of Victoria.

In 1993 Albrecht moved to the Northern Territory to take up the position of senior botanist at the Alice Springs Herbarium (NT), where he remained until 2012. During his time at NT he completed several taxonomic papers on NT plants and also published further papers on Lobeliaceae and Monotoca s. lat. Other achievements included the production of two editions of an annotated flora checklist for arid NT, published 10 years apart, partial completion of an interactive flora of the MacDonnell Ranges bioregion (c. 1400 spp.) using LucID software, a comprehensive vegetation survey report and map of the Alice Springs municipality, and the production of a 2-volume report on species and sites of botanical significance in southern NT. He was also involved with the periodic assessment of the conservation status of arid NT plants under NT legislation requirements and undertook a detailed weed removal experiment over 10 years to assess the impact of the serious environmental weed Cenchrus ciliaris (Buffel Grass) and most effective methods of control on a small scale.

From 2012 to 2015 Albrecht worked as a botanical consultant, initially in Tasmania and then later in Canberra, travelling to WA, NT, NSW and Queensland to undertake projects.