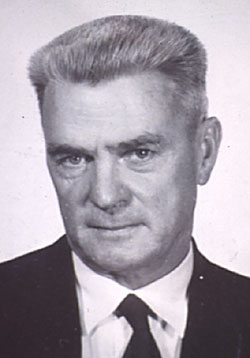 Appointed to the National Herbarium of New South Wales in 1921 as Assistant Botanist, becoming Botanist and Curator in 1936.  This position was renamed Chief Botanist (1936), was reunited with that of Superintendent of the Gardens (1945), and was later (1960) designated Director, Royal Botanic Gardens and National Herbarium.  Under his direction the journal Contributions from the New South Wales National Herbarium, and its companion flora series were initiated.  His taxonomic research was mainly in the family Chenopodiaceae, and his herbarium is to be found at Sydney (NSW), with some duplicates in A, MEL and MO.