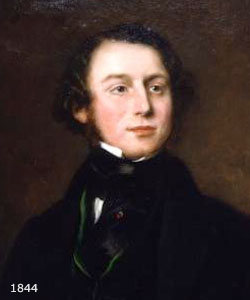 He was educated in Essex and at Tavistock Grammar School; he early showed an interest in natural history and art, but his father put him into an office in London. After about a year there he studied for a time under Waterhouse Hawkins, a natural history artist. Angas toured the Mediterranean from August to November 1841.

He sailed for Australia in 1843 in the Augustus, reached Adelaide in January 1844, and remained in South Australia until July when he left for New Zealand. He returned to South Australia in January 1845 and remained for six months. During these visits to South Australia Angas went with William Giles to the area in the vicinity of the mouth of the River Murray, and with Governor (Sir) George Grey to the south-east of the province, Kangaroo Island and Port Lincoln. These journeys Angas recorded in water-colour drawings which were shown in Adelaide in June 1845 in the Legislative Council chamber.

In July 1845 Angas reached Sydney where he held an exhibition of paintings; a purpose of this exhibition, and of one in April 1847 after his return to London, was to solicit subscriptions for his two folio volumes published in 1847. After a tour of New South Wales he sailed for England in September 1845 and reached Gravesend in February 1846. In 1847 three of his most important works were published in London: South Australia Illustrated and The New Zealanders Illustrated, both large folios which appeared in parts; and Savage Life and Scenes in Australia and New Zealand, in two volumes. South Australia Illustrated contains 60 lithographed plates, hand-coloured, all after water-colour drawings by Angas except two or perhaps three which are after Samuel Thomas Gill. The subjects depicted are scenery, Aboriginals, insects, butterflies, flowers and native weapons and dwellings; the text is by Angas. Savage Life and Scenes in Australia and New Zealand is illustrated with uncoloured lithographs after Angas's drawings and contains Angas's account of the travels of which the two folios were the fruit.

He next travelled in South Africa, and in 1849 published in London the third of his large folios of hand-coloured lithographs, The Kafirs Illustrated; the text, including a short biographical introduction, is again by Angas himself. In the same year Description of the Barossa Range also appeared in London, the text being by 'Agricola', who was probably John Howard Angas, his younger brother; this is illustrated with six hand-coloured lithographed plates drawn 'from nature and on stone' by George French Angas. He was appointed naturalist to the Turko-Persian Boundary Commission, but he caught a fever in Turkey and was invalided back to England. In 1850 he returned to Australia. He went from South Australia to the gold diggings near Bathurst and in 1851 published Six Views of the Gold Field of Ophir (Sydney) and Views of the Gold Regions of Australia (London) lithographs drawn by Angas on the stone. In 1853 Angas was appointed secretary to the Australian Museum in Sydney, a position which he held until 1860. Whilst there he supervised the work of classifying and arranging the first public collection of Australian specimens, especially shells. He returned to South Australia in March 1860. He left with his family for England in February 1863. He lived in London until his death there on 4 October 1886, except that ill health compelled him to spend winters abroad. He was a member of the Zoological Society and of the Linnean Society, and contributed many papers to the Proceedings of the Zoological Society between 1863 and 1886; most of these deal with Australian shells.

Angas was essentially a naturalist who at the same time was a gifted draftsman, and his interest in ethnology, conchology and many forms of natural history is apparent in much of his work. In his Australian landscapes he took care to depict native vegetation accurately. His first book was written before he was 21 and many were published before he was 28. In later life he devoted himself more to natural history than to art. Wood engravings after Angas's drawings illustrate the journals of John McDouall Stuart, published in 1864, and the travels of (Sir) John Forrest, published in 1875. His last published Australian landscapes appear in a supplement to Colonies and India, 7 July 1877, concerning the River Murray, written by Angas and illustrated by small sketches including many views of the river.