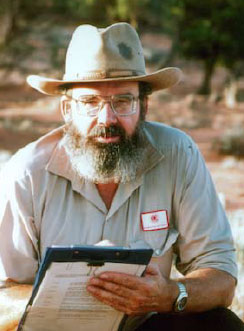 Migrated with his family to Australia in 1960 after many years of farming in Dorset, southern England, first residing in Bowral, New South Wales.

Frank was attracted in early adulthood to the Australian outback, beginning work as a jackeroo in Queensland from 1961 to 1963 on Sutton Downs station, Hughenden and then Galway Downs, Windorah. Until 1971 he worked on several pastoral stations in western Queensland "as a jackeroo, stockman, headstockman and overseer", before moving permanently to South Australia in 1972, working mainly on station bores and dams operating heavy machinery for a Port Augusta company.

He married his wife Evan, and had a son in 1980 and spent their first few years of married life in the harsh outback climate of the remote shores of Lake Eyre South. The family finally built, and in 1983 moved into, a home in Marree. In that first year Frank struck up a strong friendship and collaboration with another English-bred Australian attracted by the outback, Shane Parker, who had moved from Alice Springs to become Curator of Birds at the South Australian Museum. For much of the next two decades Frank recorded and published original information on the birds of the Lake Eyre Basin, which has provided a sound basis for all future ornithological research in the region.

Frank's other major passion was the flora. Through Shane Parker early in Frank's time on the roads, Bill Barker urged Frank to join the long line of volunteer plant collectors with the State Herbarium of South Australia. Over 30 years of collecting from 1978 to 2007 mainly in South Australia's Far North, on occasions straying across the border into Queensland or on the routes to the south, Frank made over 12,000 plant collections. Frank collected largely on his own or with his family. He only occasionally had the company of State Herbarium botanists, meeting up in Marree.

In 1985 Frank curtailed his contract work with the Highways Department when a change from hourly pay to payment by load made the arrangement inviable. After a decade on the roads Frank was determined to gain employment in some aspect of biological science. Upon leaving Marree in 1985, Frank and the family moved to Port Augusta for a brief time before buying a house nearby in Stirling North. During this time Frank secured a position as acting Ranger at Mount Remarkable National Park.

In March 1988 Frank was appointed to the position of botanist at Western Mining Corporation's (WMC) Olympic Dam Project at Roxby Downs, joining the environmental team there, a job suited to his experience of the Far North. Frank was heavily involved in monitoring, survey work and rehabilitation. Frank then sought formal scientific qualifications. Because he lacked an Honours Degree, he enrolled for a Masters Qualifying as a path to his PhD. Frank researched the occurrence and rate of spread of alien vascular plants in northern South Australia to rapidly complete the first degree and progressed to tackle his PhD project comparing the effects of grazing and mining on vegetation in the region. Both degrees were supervised by José Facelli, with co-supervision for his PhD by John Conran.

Frank and Doug Lillecrapp of Todmorden Station initiated the development of a herbarium for every pastoral property in the region as well as for the Soil Conservation Boards. Frank collected the majority of plants from each property in the District, with contributions from local pastoralists.

While in Roxby Downs his wife Evan was employed between 1992 and 1997 mounting up to 80 specimens a day and 27,000 specimens in total. Each reference herbarium was formed of folders of mounted identified specimens. The comprehensive herbarium that Frank and Evan compiled for Olympic Dam was transferred from new mine owners BHP to Arid Recovery, a joint conservation venture by the company, the University of Adelaide, Department for Environment, Water and Natural Resources and the community, and respectfully named the Frank Badman Memorial Herbarium. It continues to inform new generations of outback ecologists and naturalists.

As an adjunct to this project Frank wrote a Florula of the District, which roughly covers the arid region bounded by the Northern Territory border, Lake Eyre South west to the Stuart Highway, with reference to the State Herbarium's collections and database, as well as broad data covered in its South Australian Census, it contains very short descriptions, and lists stations on which there are specimen-vouchered occurrences. But particularly informative are the notes under each species, covering taxonomy, distribution, biology, and palatability sourced from cited literature or communications from botanists, and his own observations and those of the many pastoralists in the Far North.

Following redundancy from Western Mining in 1999, Frank established his own consultancy, Badman Environmental.

Reference: See the extensive obituary from which this entry was extracted in the Australasian Systematic Botany Society Newsletter 166 (March 2016) pp 24-31, with many anecdotes and references [PDF] 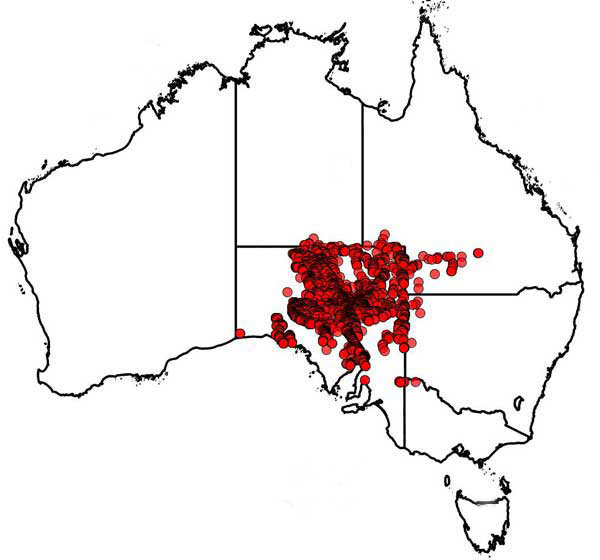