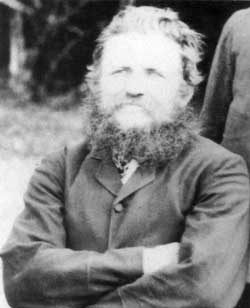 Left Germany in 1863, and by 1883 was collecting specimens in Australia for F.Mueller. From about September 1883 until April 1905 Baeuerlen collected extensively in New South Wales (particularly in the north-east, around Lismore and Ballina in the 'Big Scrub', but also in the north-west, central, south-east and central coast areas), in south-eastern Queensland and in east Gippsland, Victoria. From 1883 until at least 1888 he was contracted as a collector for F.Mueller (MEL), and from 1886 for J.H.Maiden (NSW). In 1886 he was appointed botanical collector of the Bonito expedition which spent four months in the Fly and Strickland Rivers in Papua New Guinea.

His collections amount to many thousands of specimens, of which about 70 serve as Types for new species and infraspecific taxa.The main holdings are at MEL and NSW, with a few in A, B, KIEL, M and P.

The book Wildflowers of New South Wales by William Baeuerlen and Gertrude Lovegrove was published in Sydney in 1891.

Collections totalled many thousands incl. hepatics, now mainly at MEL, NSW, also B, BRI, KIEL, LY,M, P, PERTH. About half are numbered but these may be species numbers or separate series for each trip.