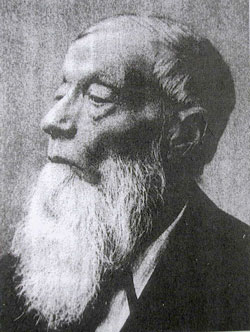 Settled in Brisbane, in 1861, setting up a seedsman's business, and selling plant collections to British and European herbaria. He was appointed in 1875 to a Government Board set up to investigate diseases of livestock and plants, and travelled extensively throughout Queensland in search of poisonous plants.

He became Acting Curator of the Queensland Museum in 1880-1881, and was appointed Queensland Colonial Botanist in 1881, a position he held until his death. He conducted numerous collecting expeditions, the most important being to Rockingham Bay, Seaview Range and the upper Herbert River (1873), western Queensland, Roma and Rockhampton (1876), Cairns and the Barron River (1877), Bellenden Ker (1889), Georgina River (1895), Torres Strait (1897) and British New Guinea (1898). He published many papers on the Queensland flora, and several books, including Handbook of the Ferns of Queensland (1874), Illustrated Monograph of the Grasses of Queensland (1878) and the 7-volume The Queensland Flora (1899-1902, 1905). The latter is still the only State-wide Flora to have been produced, and was compiled by extracting Queensland-related material from Bentham's Flora Australiensis, and supplementing this with information from Mueller's two Censuses, and Bailey's own local knowledge.

“Bailey was kindly and lovable, rather spare and distinguished-looking, bearded and with drooping eyelids which in later life he had to prop up.”

Extracted from: A.E.Orchard (1999) A History of Systematic Botany in Australia, in Flora of Australia Vol.1, 2nd ed., ABRS. [consult for source references]
Quote from: www.adb.online.anu.edu.au/biogs/A030074b.htm by E.N. Marks