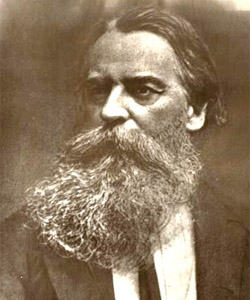 Baines was educated at Horatio Nelson's Classical and Commercial Academy and at Mr Beloe's school at King's Lynn. At the age of 16 he was apprenticed to a coach-builder, and he learned heraldic art from William Carr.

In 1845 he set up at Cape Town as a marine and portrait painter. Although business thrived, his creativity was soon stifled by the pedestrian demands of his clients and in 1846 he hastened to the Front to make a pictorial record of the Kaffir Wars. Then he returned to England to supervise the publication of Scenery and Events in South Africa (1852) and organise the African section of an exhibition at the Lynn. During this period he worked at the headquarters of the Royal Geographical Society on a map of Africa, in consultation with the cartographer John Arrowsmith.

Baines spent most of his working life in Africa. His journeys with David Livingstone, J. Chapman, C.J. Anderssen, on his own account and on behalf of the South African Goldfields Exploration Company have been well documented.

In March 1855 he was commissioned British government draughtsman and artist with the scientific team on the North Australian Expedition led by A.C. Gregory. Baines sailed from Liverpool to Port Phillip on board the Blue Jacket, then went on to join Gregory in Sydney.

The two men soon established a good rapport and Baines joined the land party which set out from the Victoria River base in January 1856. When Gregory and three others struck west to Sturt Creek, the artist remained in charge at Depot Creek. Later, on the way back to the main camp, he reproduced a number of Aboriginal paintings found on the sandstone rocks south-east of Roe Downs. Had it not been for an argument with the geologist J.S. Wilson, Baines would have accompanied Gregory overland to Brisbane. Instead, he was sent with the sea party to Timor for provisions. At Kupang the decrepit schooner Tom Tough was condemned and Baines hired the brigantine Messenger. Time was short and in a vain effort to keep his appointment with Gregory at the Albert River, he borrowed the Messenger's longboat, in which he crossed the Arafura Sea.

Seldom without a pencil and sketchbook to hand and prodigious in his industry, Baines produced a graphic record of Gregory's expedition unparalleled in contemporary Australian exploration. Always an observant naturalist, his washes and sketches of plants were accurate enough to be well regarded by the eminent botanist Sir William Hooker. Likewise, his portrayals of unfamiliar animals and insects and the attention he paid to the differing features of the Aborigines he painted were appreciated by zoologists and anthropologists.

Seventeen plant specimens in the collection at the Royal Botanic Gardens, Kew, bear his name, as does Bolbotritus bainesi, a new genus of beetle he discovered by the Mungone River.

In July 1857 Baines departed from Sydney in the Newmarket, taking 24 oil paintings, a panoramic view of the Victoria River and 270 watercolours and sketches to England.