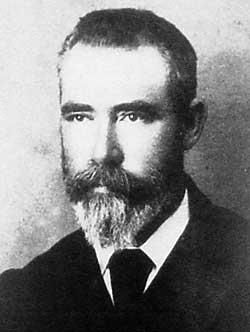 Born in Nottingham, England on 2nd January 1860, died at Wallaville near Bundaberg, on 12 November 1933.

His family migrated to Australia in 1864. He was educated at the Brisbane Grammar School but returned to graduate in medicine at Edinburgh in 1883. Later he was the medical officer at Eidsvold, central Queensland in 1906-30, and at Palm Islands in 1930-32. In May 1932 he left Palm Islands to live at Wallaville near Bundaberg.

Bancroft was a talented scientist internationally famous for his work on Queensland lung-fish. He was the first person in Australia to find trypanosomes in rats, frogs, birds, fish and tortoises; in 1902 he demonstrated the part of hookworm life cycle entering the human body. He also showed in 1905 that the mosquito Stegomyia fasciata was the carrier for the dengue-fever pathogen.

He was interested in botany especially the poisonous properties of Queensland plants publishing some of his results in the Australian Medical Congress in 1889. He also did some hybridization work on peach, grape, castor-oil plant and cotton. He collected plants in the Port Curtis District as early as 1913. Bancroft is honoured for his work in Botany by Eucalyptus bancroftii Maiden and Acacia bancroftiorum Maiden (both published as 'bancrofti') - the latter named in joint honour of father Joseph Bancroft (1836-1894) and his son Thomas Lane.