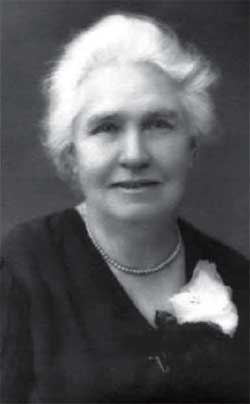 One of nine children, to a businessman Frederick Georg Bauer (1824-1890) and Ann Rebecca née Pearson (1830-1924). Frederick Bauer was an ironmonger and shipping agent in Geelong, Vic., before moving his family to the Pimpama River, Qld, in 1862, to establish the Victorian Cotton Company. The family switched to sugar production in 1864, and established the Vilele Sugar Plantation on the Bloomfield River in 1882. This enterprise, too, was unsuccessful and eventually wound up in 1894.

Ellie collected (numbered) MEL specimens (including algae) at the mouth of the Bloomfield River, 1884-1886; Mackay, 1884; and Cooktown, 1887. She collected the type of Harpullia divaricata Radlk. (1891). Jacob Agardh identified Ellie's algal specimens for Mueller. There are also Ellie Bauer specimens at FI and G, presumably forwarded to Europe by Mueller. He also gave her a copy of his Select extra-tropical plants (1885).

Ellie and her husband had one child in Qld and then moved to NSW where they had another ten. Ellie's husband became Canon at St Andrew's Cathedral, Sydney, in 1918.