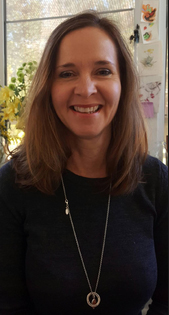 Jacqueline Baxter is a textile designer and botanical artist who loves colour and beautiful surface pattern and is intrigued by the inspiring natural world around us.

She grew up and studied in South Africa. Travel led her to Melbourne where she lives and worked for many years in the textile industry designing swimwear, lingerie, high fashion, corporate wear, interiors and bed linen. Jacqui now teaches in the School of Fashion and Textiles, RMIT University. Here she lectures specifically in floral drawing and painting and the uses of different techniques and media for design. She also runs short courses in Melbourne for RMIT and at Frankie and Swiss (custom fabric printers) as well as at The Abbotsford Convent, amongst other venues.

Jacqui's discovery of botanical art began as an extension of her career working in textiles. She has studied extensively through Jenny Phillips' Botanical Art School of Melbourne as well as with the Royal Melbourne Botanic Gardens. She has also studied with Terry Napier to develop further her natural history art skills. For Jacqui, botanical art lends itself to her passion for detail and fascination with the composition of plants. She has also designed a body of work, mainly of Australian native flora, that has been digitally printed onto linen.