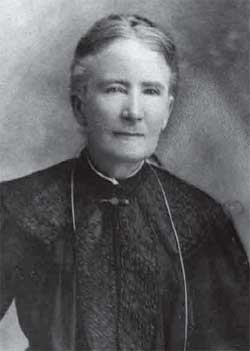 Harriette Sophia Biddulph, botanical collector and grazier, was born at Durham in the Hunter district of New South Wales. She was the eldest daughter of Theophilus Foot, grazier and graduate of Trinity College, Dublin, and his wife, Ellen, née Nesbitt, both Irish-born. After completing her education at a Church of England school in Sydney, Harriette trekked north from the Hunter in 1862 when the Foot family set out with their stock for new pastures in Central Queensland. The family took up Moravia Downs in the Springsure district, where in 1865 Harriette married Walter John Biddulph, from another of the district's pioneer pastoralist families.

Harriette and Walter Biddulph spent their early married life at Boxvale station on the Dawson River and Windah in the Rockhampton district, which Walter managed. At this time, most of their nine children were born, seven of whom survived infancy. In 1878 the Biddulphs moved west to their own property, Mount Playfair, east of Tambo. It was during their 27 years at Mount Playfair that Harriette earnt her reputation as a plant collector, gathering many of her specimens in the nearby Carnarvon Range. From 1890 she sent these to the Government Botanist of Victoria, Ferdinand Mueller, who named the plants, Hemigenia biddulphiana and Astrotriche biddulphiana, for her. The frequency of her despatches, which continued until Mueller's death in 1896, is shown by her note of 1891 accompanying a specimen of Leptospermum lamellatum: 'I don't know if I have sent you this shrub before; 'tis a good sized shrub white flower...' Mueller, in turn, acknowledged her 'generous support' of his researches in an autographed copy of his book, Select Extra-tropical Plants (etc.) of 1888, and made her gifts of garden seeds, as he did for other collectors.

In 1903 Harriette and Walter Biddulph moved to Birtley station, west of Springsure, where Harriette tended a large vegetable garden. She remained at Birtley following Walter's death in 1905 and the station was then managed on her behalf by her son, Francis (later Sir Francis after succeeding to the baronetcy of Biddulph). A cultured woman of proud and upright bearing, 'Old Lady Biddulph' remained active until her death at Birtley on 8 September 1940, just. weeks before her 101st birthday. Her interest in plants was maintained by Muriel Margaret Biddulph, wife of a grandson, who from 1956 to 1966 sent many more specimens from Mount Playfair to the Queensland Herbarium.

She collected types of:

There are also Harriette Biddulph specimens at BRI, K, NSW and P, presumably forwarded by Mueller.

Mueller gave her an inscribed copy of his Select extra-tropical plants (1885).

One letter from Harriette to Mueller survives.