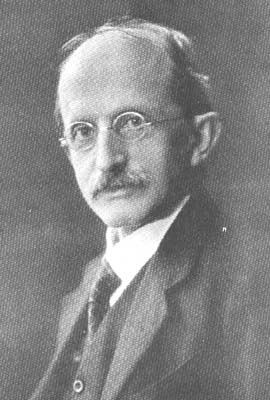 His father George C. Black, was procurator fiscal and bank manager of that town.  He received his education at the Wigtown Grammar School and later at the Edinburgh Academy, followed by the Taunton College School in England, and finally at the commercial Handels-Lehranstalt, in Dresden, After spending a period in two banks (Edinburgh and London) he came with his family to South Australia in 1877 at the age of 22 and farmed at Baroota for five years.  There he married Alice Denford of Wellington, South Australia on 11th September, 1879.

Farming at that time was not successful in the Port Pirie district and in 1882 he moved to Adelaide, lived at Norwood and joined the staff of the Register newspaper, After one or two years he transferred to the Advertiser and eventually became senior reporter.  His wide knowledge of languages was a help in interviewing foreign visitors.  He was also on the official Hansard staff at the meeting of the South Australian House of Assembly in 1884 and continued in this class of work for some years.  During these days he was already indulging his botanical interests.  He and his wife were keen cyclists and he made extensive tours in the south east.  His connection with the Field Naturalists' Section of the Royal Society also began early.

In 1902, after the death of his mother and on receipt of a legacy, he retired from the Advertiser and in the following year he and his wife toured Great Britain, Europe and South America.

On his return, his botanical work started again in earnest.  By 1909 he published The Naturalised Flora of South Australia, well illustrated with his own drawings and containing 368 species.  In the same year he contributed the first of a long series of papers, later entitled Additions to the Flora of South Australia to volume 33 of the Transactions of the Royal Society.  The last number 45, appeared in 1949 (volume 73).

In 1914 he received a further legacy, after the death of his sister Helen, who was Mrs. D'Oyley Carte, of the Gilbert and Sullivan Operas.  Then he moved to 82 Brougham Place, North Adelaide, where he wrote the Flora of South Australia.

In 1920 the South Australian Branch of the British Science Guild (the Guild has now merged with the British Association for the Advancement of Science) asked J. M. B. if he would prepare a Flora of South Australia as the first of a series of handbooks on the fauna and flora of the state.  He agreed to prepare this handbook and set to work steadily.  The four successive parts were published in 1922, 1924, 1926 and 1929 respectively by the Government Printer, Adelaide.

The earlier volumes of the Flora were out of print in less than 20 years, so the need for a second edition became acute by 1939.  The revised part I was published in May, 1943; part II in 1948; and part III was nearly completed at the time of his death and published in September, 1952.

Between 1915 and 1920 he published three papers on Aboriginal languages.  His other scientific activities included services to the Royal Society of S.A. (to which he was elected in 1907) as council member 1927-31, then as vice-president 1931-33, and president in 1933-34.  In 1945 he was elected as honorary fellow of the society, he was also sometime chairman of the field naturalists' section.

In 1930 J. M. B. went abroad again with his wife and attended the fifth International Botanical Congress at Cambridge, representing the University of Adelaide, the Royal Society of S.A. and the Melbourne Botanical Gardens.

During his life J. M. B. received the following distinctions for his botanical work:-1927, Honorary Lecturer in Systematic Botany at the University   of Adelaide; 1930, Associate honoris causa of the Linnean Society, London; 1930, Sir Joseph Verco Medal of the Royal Society of South Australia; 1932, Ferdinand von Mueller medal (Australian and New Zealand Association for the Advancement of Science); 1933-34, President of the Royal Society of South Australia; in 1942, the M.B.E.; in 1945 the Australian Natural History  Medallion (Field Naturalists' Club of Victoria); and in 1946 the Clarke Memorial Medal (Royal Society of New South Wales).

J. M. Black died at 82 Brougham Place, North Adelaide, on Sunday 1st December, 1951 after a short illness at the great age of 96 and is buried at the Magill Cemetery, Jackson Street, Magill, South Australia.

Source: Extracted from: M.W.Andrew (1971) Biography, in Memoirs of John McConnell Black, self published by the family.