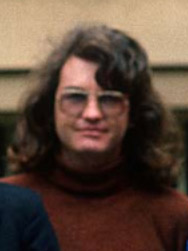 David Blackburn undertook a PhD at Adelaide University in c.1976. When he finished his PhD, he received funding for a postdoctoral fellowship, working on the vegetation that made up the Latrobe Valley coal. He sampled the coal by abseiling down the steep coal faces, stopping every metre to carve out a chunk of coal with a chain saw. At one point he managed to close down the whole mine when the professional chain saw operators realised what he was doing and stopped work, since in their view he was taking their job from them.

David's work on the Latrobe Coal is often considered his most impressive scientific legacy, and it still sets the standard for the use of plant fossils in palaeoecological reconstructions. He spent a short time in Canada working on coal fossils there, but he spent most of his career working for Kinhill Engineers on major environmental problems in Australia, India, China and many other locations. Later in his career he left Kinhill and worked on his own as a consultant, and played a major role in many important projects, most notably in the Adelaide Coastal Waters study and as an Environmental Commissioner. David remained close to his first interest in palaeobotany, and after he retired from his consulting business he retained a keen interest in the Maslin Bay flora in particular. Unfortunately he suffered from serious health problems in the last years of his life and he died far too young, in May, 2015.

Following David's death, his wife, Helena, donated his palaeobotanical research materials to the University of Adelaide. All his negatives have now been scanned and will eventually be made freely available, and Bob Hill is working through his extensive microscope slide collection. In recognition of the work he did, the University of Adelaide has formally approved the use of "The David T. Blackburn Palaeobotany Collection" for the extensive collection of plant fossils that is held there.