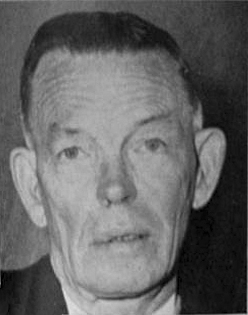 Botanist to the CSIRO Northern Australia Regional Survey (1946-1947); botanist and senior botanist at the Queensland Herbarium 1946-1973. Specialised in taxonomy of tropical and subtropical grasses, Cyperaceae, Eucalyptus, Idiospermaceae, Melaleuca and Plectranthus. His main collection is at BRI, with some duplicates at A, B, CANB, DNA, K, MEL and NSW.

Stan Blake graduated from the University of Queensland, B.Sc. in 1932, M.Sc. in 1934. He then gained a three-year Walter & Eliza Hall Fellowship, travelled extensively and published an account of the plant communities of western Queensland in 1938. During World War II he was employed by the State government to survey potential rubber-producing plants.

In 1945 Stan was appointed to the permanent staff of the Queensland Herbarium and was Senior Botanist when he died. He was an authority on the taxonomy of sedges and grasses and added eucalypts to his interests after taking part in the first of CSIR’s land-use surveys in the Katherine-Darwin region in 1946. In 1956 he was awarded the degree of D.Sc. for his published works. He was Australian Botanical Liaison Officer at Kew in 1965.

Though Stan seldom collaborated in his botanical work, even illustrating his papers with his own line-drawings and photographs, he was an active member of many societies and professional associations. They included the International Association for Plant Taxonomy, the Linnean Society of New South Wales and the National Parks Association. He became President and Honorary Editor of both the Royal Society of Queensland and The Queensland Naturalists’ Club.

The Queensland Herbarium holds 17 481 specimens collected by Blake over a period of 42 years. More than half represent the three genera that most interested him. Though one of the foremost Australian plant taxonomists of the 20th Century and a reserved serious man, S.T. Blake was willing to share his considerable knowledge, both in the herbarium and on field excursions. Nineteen species bear his name, including a eucalypt Corymbia blakei, grasses Aristida blakei, Austrostipa blakei and sedges Carex blakei, Cyperus blakei.

His obituary, with a portrait, appeared in The Queensland Naturalist vol. 21 (1974).