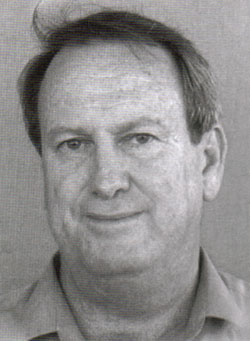 He was born in Inverell, NSW, son of John and Vida Boland and brother of Greg and Mary-Lynne. The family moved to Nambucca Heads in 1957 and Doug attended the Macksviile High School.

He gained a Commonwealth Forestry Scholarship in 1965 and this encouraged his tertiary studies at the University of New England after which he completed his BSc (Forestry) at the was senior editor and co-author of some major books - Forest Trees of Australia, Eucalyptus Seed and Eucalyptus Leaf Oils have become standard texts.

His thoughtful and original writing led to the award of the Institute of Foresters of Australia's Hedges Prize in 1983 for his paper Selection of Australian trees other than eucalypts for trials as fuelwood species in developing countries.

Much of the early work conducted jointly by CSIRO Forestry and Forest Products, the Australian Centre for International Agricultural Research and overseas partners flowed from this paper and resulted in the identification of several useful Australian tree species.

In 1984, Doug travelled to Brazil, Spain and South Africa on a Churchill Fellowship to examine the commercial use of Australian eucalypts. His findings helped the Australian Tree Seed Centre formulate seed-collecting strategies to best meet the needs of Australian industry,

His success as a leader of multicultural, multicountry research projects led to his appointment to the International Centre for Research in Agroforestry in Nairobi for four years from 1991, where he earned the Centre's Certificate of Merit for Research Achievement.

To the CSIRO Australian Tree Seed Centre he introduced the concept of tree domestication a process through which a species is brought from the wild into cultivation and productive use - a process that most importantly involves ordinary people such as farmers as well as scientists.

He is survived by his wife Carol and children Mark, Lara and Chantelle. He drew strength, confidence and creativity from the family he loved.