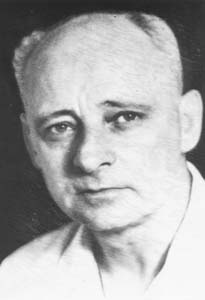 Len Brass will probably be remembered more for his outstanding contribution to the botanical documentation of New Guinea, than for his activities in Australia.

Born in Toowoomba, Brass was undoubtedly one of the foremost Australian botanical collectors of the 20th century through his work for the American Museum of Natural History where he was employed as botanist on the various Archbold Expeditions. Most of these expeditions were to New Guinea, but in 1948 the area of interest was Cape York Peninsula, at that time little documented for natural history. Brass’s report on the trip provided information on the discovery and history of the area, previous biological work, climate, soils and vegetation types.

The expedition collectively resulted in 1504 specimens of mammals, 477 of reptiles and amphibians, 118 of freshwater fishes, 5400 of invertebrates and 2215 of plants. Brass collected many new taxa of plants (especially in New Guinea) and his excellent herbarium specimens have been used for types of many names from the 1930’s through to the present. Over 180 species and genera (e.g. Lenbrassia from north Queensland) have been named for Brass, which is perhaps a record unsurpassed in the last century. Brass was also a keen photographer and his images illustrate many of the Archbold Expedition reports.

On retirement Brass settled in Cairns where he involved himself in the North Queensland Naturalists’ Club and continued his passion for collecting plants. The Queensland Herbarium has 13,386 of his collections, although he collected over 32,000 numbers that are deposited widely in herbaria in north America and Europe.

His Australian collections can be found in A, B, BRI, CANB, K, NY and US.