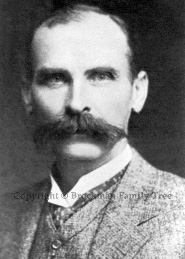 The son of Edmund Ralph Brockman, gentleman-farmer, and Elizabeth Deborah née Slade. He was educated at Bishop Hale's school and articled in 1878 to surveyor J.S. Brooking.

Drake-Brockman joined the Department of Public Works and Railways in 1886 and was surveyor-in-charge of road and telegraph routes from Wyndham to Hall's Creek: his last campsite being known as 'the Brockman'. In May 1891 he transferred to Lands and Surveys, becoming chief inspecting surveyor in 1894. As staff surveyor he oversaw the drainage of the Harvey and Stirling estates and marked out the second line of the rabbit-proof fence from the Murchison to the Eucla. After the department's decentralisation in 1910, Drake-Brockman served as district surveyor for Nelson until appointed surveyor-general in June 1915.

An impressive explorer, Drake-Brockman was accompanied by eleven men when in 1901 he penetrated previously uncharted territory in the Kimberley, north of latitude 17. His senior officers, Charles Crossland, second in-command, Dr F.M. House, botanist, and A Gibb Maitland, the government geologist, explored areas at right angles to the main route, thus reducing the exploration time schedule to six months and eighteen days. Leaving Wyndham on 9 May, the explorers followed the Pentecost River then pushed north-west through the Leopold Range to Walcott Inlet and returned along the Drysdale River on the 15th parallel to reach their depot on 26 November, having passed many Aboriginals en route.

His party also gathered geographical, geological and botanical information, and Aboriginal artefacts and ornithological specimens for the Western Australian Museum.

The genus Brockmania (now = Hibiscus) was named for Frederick Slade Brockman, (not George Julius Brockman as it is sometimes attributed to).

He is also honoured in the names: