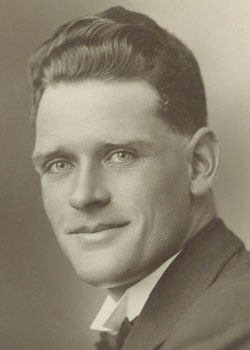 Brockway was born on 8 December 1900, probably in Western Australia, and died in Perth on 8 November 1973.

He was appointed to the Forests Department of Western Australia in 1926 and remained in the service until he retired from the position of Superintendent of Research on 8 December 1965. For a long period he was Divisional Forest Officer at Kalgoorlie and during that time he built up a detailed knowledge of the eucalypts of the goldfields. He was widely regarded as an expert on the use of eucalypts in arid and semi-arid regions, and was seconded to the Food and Agricultural Organization of the United Nations to advise and report on the use of eucalypts overseas. He wrote leaflets on the use of eucalypts in south-west Western Australia, especially in the wheat country, and papers published in Australian Forestry.

He is honoured in the name Eucalyptus brockwayi C. A. Gardn. (1941)