George Caley arrived in New Holland in 1800.  Banks had asked for permission to send Caley to New South Wales in a letter to the Colonial Office in 1798 :


"I have with me a young man who has for more than three years studied practical botany and horticulture under my directions, and who has, without the advantages of what is called a liberal education, made a considerable progress in both these branches of useful knowledge ... As I am unwilling to recommend to the Government any person as a botanist who has not received a scientific education ... I am desirous of taking upon myself the payment of his salary, for which he will, I have no doubt, make me a competent return."

Unlike other collectors Caley was not constrained to collect only for Kew Gardens and Banks but was also given permission to sell specimens to others.  He appears to have entered into some agreement with the Colvill nursery at least.

Caley established species limits and provided provisional names.  Referring to the specimens which he had sent, he stated in his first letter to Banks that:


"I have met with several genera which appear to be numerous in species. in my remittances I have prefixed names to those plants that I have examined, I have not done it merely with an intent of their becoming standard ones, but for being less burdensome to my memory, as I find that figures tend to perplex if I use them in all cases.  I do not doubt but what many of them inapplicable; yet, as far as I have been able, I have abided by some expressive character."

A few months later he was writing:


"I have sent enclosed with the letter a few descriptions of plants which, though appearing in a rude manner for the present, may be depended upon as accurate.  I have used the language of Dr Withering, as being the most familiar to me.  When I found a generic description was wanted I have given it in full ... a learned botanist could easily put them in a learned language and shorten or lengthen them as he thinks proper."


"Your descriptions of plants do you credit.  Though roughly drawn they show an attention to the structure of the plants you have described, from which the botanist of perfect education may derive advantage."


"I have tried of late to use the language of Linnaeus in making descriptions, but I have to lament that this is above my reach, and I am afraid it will not he so easily understood."

A list of Caley's plants is included in Brown's unpublished manuscripts in the British Museum (Natural History) (Edwards 198 la).  We have found no evidence of Caley's names being taken up.  He is commemorated in Caleana and several specific epithets. 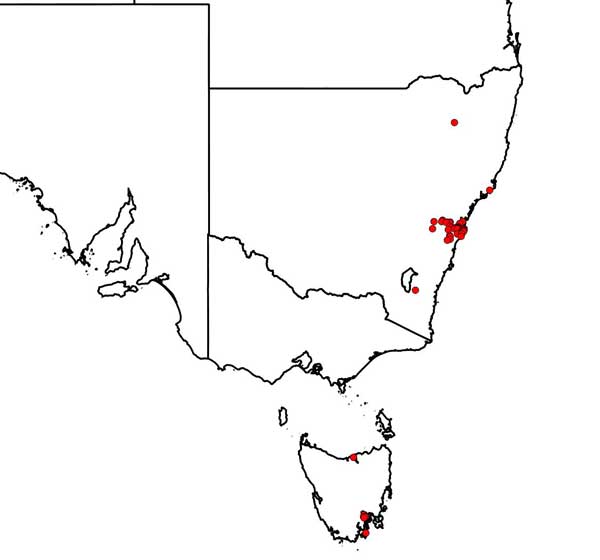