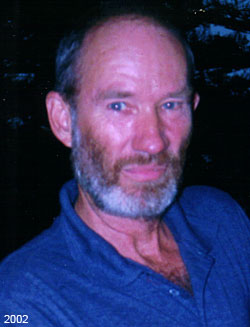 Father worked for Tasmanian Government Railways who would not release him for war service, fortunately for me!

Following 4 years at Launceston State High School joined RAN. in 1959 serving for 21 years in the Communications branch, retiring as Chief Petty Officer. Joined Defence Dept in Melbourne for two years prior to returning to Tasmania in 1982 minus family. Lived with parents who were travelling the state collecting native wildflowers for an aunt. I joined them on these trips and started finding many orchids, most of which were unknown to us. Joined Launceston Field Naturalists Club in 1984 after being urged by another aunt. Here I met botanist Mary Cameron and began supplying specimens to her for the Launceston Herbarium, many of which field gaps in that collection.

A chance meeting with David Jones at Sisters Hills in 1989 led to my involvement with Tasmanian Orchid Research, supplying many specimens to David, particularly in 1992 when I travelled over 5000 kms throughout the state collecting for the Launceston Herbarium and providing specimens for David as well.

The failing health of both my parents in the mid 90’s reduced drastically opportunities for field work as I became their carer. Nevertheless I continue to find occasional interesting specimens.

Collecting for the Launceston Herbarium forced me to make extensive records as to place, date, species, Tasmap and grid reference so that I now have over 3,000 records, many of which need revision due to the upheaval in the orchid world in recent times. 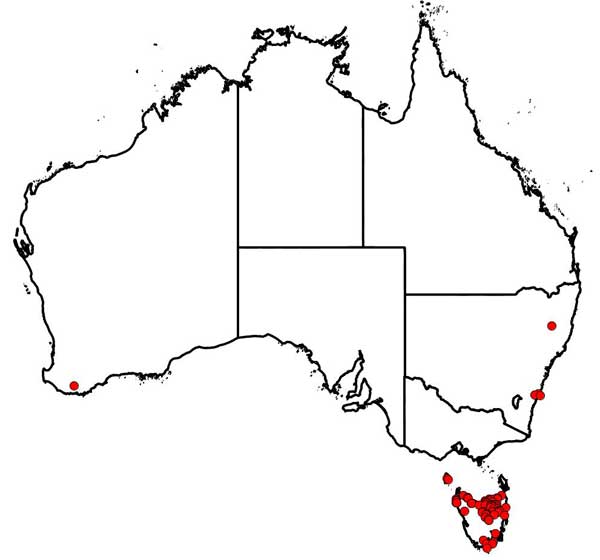