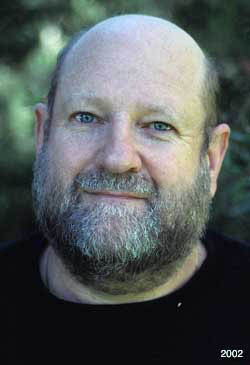 Arthur Chapman is an Environmental Consultant working out of Ballan in Victoria. His has worked extensively on Data Quality and on several international projects for the Global Biodiversity Information Facility, Biodiversity International and UNEP as well as on Data Quality and Species and Environmental Modelling in many countries. He spent one year in Brazil with the Reference Centre for Environmental Information and since 1999 has been a member of the Scientific Advisory Committee for FAPESP/Biota, the Biodiversity funding organization in Sao Paulo, Brazil.

Previously, in the 1990's, he was the Scientific Coordinator of Biogeographic Information at ERIN and prior to that he worked for the Australian Biological Resources Study as a Botanist and Bibliographer. He has extensive experience in systematic botany and bibliography as well as GIS, species modelling and environmental data quality, serving on several International committees dealing with Botanical Nomenclature, Biodiversity Data Standards and Data Quality.

Arthur has published over 200 papers on a range of biological topics. His major publication is the four volume, Australian Plant Name Index which details bibliographic information on the more than 60,000 names that have been applied to Australian plants. This data is now maintained as a database by the Australian National Botanic Gardens. Some of his more important publication are detailed below.

Note that several of the data quality and georeferencing publications are also published in languages other than English, including Spanish, Korean, Chinese and French.

Wildlife Photography, History of British migration to Australia in the 19th Century; History of Australian Botany - including the development and maintenance of a large database of Australian plant collectors; cricket as an International scorer.
https://www.flickr.com/photos/arthur_chapman (includes over 10,000 biodiversity-related images)

Currently lives in Ballan, Victoria.
For professional purposes, he is trading as:
Australian Biodiversity Information Services