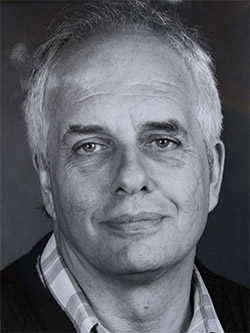 David occupied the position of Lecturer in Plant Taxonomy at the University of Adelaide from c. 1974 to c. 2001 but was primarily known for his palaeontological work. For those of you who are not palaeobotanists the most likely place to have come across his work is in the leaf atlas produced to accompany Australian Tropical Rainforest Plants.

In the early 2000s Dave returned to America, and in 2003 was appointed as Director of the Chester M Alter Arboretum in the University of Denver, Colorado. He returned to Australia in 2009 and from that time ran a very popular second-hand bookstore, Blackwood Books, and was himself an extremely popular figure in the local community in the Adelaide hills, SA.