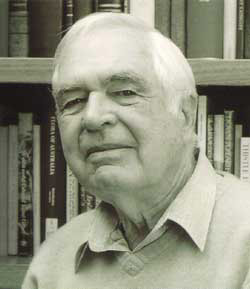 Richard Clough began collecting books in London, influenced by the example of one of his teachers, and inspired by reading Christopher Tunnard's Gardens in the modern landscape (1938). This seminal work on modernist landscape design, featuring modernist houses designed by Australian expatriate architect Raymond McGrath, had an historical perspective, with unexpected references to 19th century garden writers. Richard Clough sought out these Victorian gardening books, then little valued and mostly inexpensive.

He collected for his own education. He wanted to learn, and bought books on all aspects of garden design. He brought them back to Australia and eventually offered them to the Canberra College of Advanced Education (now the University of Canberra). But he kept some, and he kept collecting. When he was appointed to the University of New South Wales he encountered teaching based on unfounded assumptions about Australian gardening and Australian attitudes to gardening. So he began to gather a collection that would give a proper historical background to the subject. This is the collection he has presented to the Historic Houses Trust of NSW.