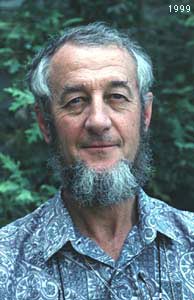 Left CSIRO in 1967 to study horticulture at Burnley Horticultural College, Victoria, between 1968 and 1970.

Briefly employed by the Parks and Gardens Branch, Department of the Interior, Canberra, part of which time in the Australian National Botanic Gardens herbarium (CBG), then re-employed by CSIRO in the Australian National Herbarium (CANB) from 1971, where he remained until his retirement in 2009. Lyn continued his association with CSIRO as a Post-retirement Fellow, working actively on a range of taxonomic projects.

Lyn's major research efforts were focussed upon the systematics of Melaleuca and Syzygium (Myrtaceae), and their respective allies. Other research groups include Hibiscus and Australian Gossypium (Malvaceae). His accessory interests and activities included development and oversight of the Herbarium library, botanical Latin, botanical nomenclature, and agri-horticultural botany and its nomenclature. Plant exploration and collecting were also very high up on his list of priorities.

A full listing of Lyn's publications is available here.