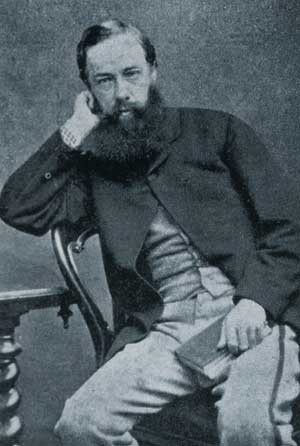 Richard Daintree was educated at Christ's College, Cambridge. In 1852 he joined the gold rush in Victoria and in 1851-55 worked as an assistant geologist in the Victorian Geological Survey. He returned to England to study assaying and in August 1857 he was back in Melbourne working as Victorian Geologist until January 1865.

Daintree River was named in his honour. Richard Daintree was a fine petrologist and explorer. Queensland Herbarium records, show that he was collecting plants in November 1869 at Rockhampton and central Queensland ranges. He was a collector of the type of an Acacia named after him, i.e. Acacia daintreeana F. Muell.