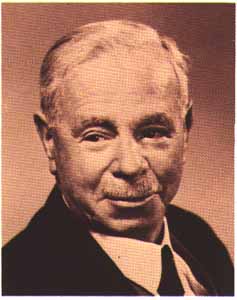 Born in England and educated in Canada, died in Sydney at age of 96.

Dr Bertram Dickson was Chief of the Division of Plant Industry in CSIR, later CSIRO, until his retirement in 1951. He was honoured with a a CMG in 1960. He came to Canberra in 1927, where he lived until 1966. He prepared a report on the requirements and suitable location for a botanic gardens in Canberra in 1935. He was appointed to the Council of the Canberra University College in 1937, becoming its Chairman in 1953. In latter years he lived in Sydney.

He was present at the opening of the Canberra Botanic Gardens in 1970.

An insight into Dickson's character comes from his involvement in the Canberra Repertory Society in the 1930s where he was President and both a stage director and actor. The early history of the Society records:

Dr B. T. Dickson was a botanist of international repute, specialising in the botany of arid zones. He had come to Canberra as Head of the CSIR Division of Economic Botany (later to be called Plant Industry). Both he and his wife, Betty, were keen on amateur theatricals and had joined the Arts and Literature Society soon after their arrival in Canberra round 1930. By 1931 Dickson was on the General Committee.

Dickson has been described by several of his contemporaries as a first-rate politician and an excellent organiser; an urbane individual, always in control of himself; a man well aware of the power structures which exist in an organisation and how to use them. One of his contemporaries who saw him in action as Chairman of the University College Council for a number of years said that as Chairman he was a pastmaster at getting his own way by ensuring that any issue he wanted to succeed was argued by the right person on the Council.
Another said more bluntly: "He was very good at getting someone else to pull the chestnuts out of the fire for him."