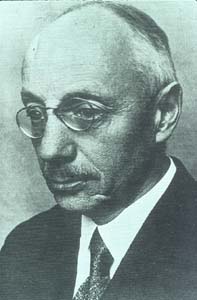 He took early to botany and studied taxonomy under Engler, and geography under von Richthofen, at Berlin. His doctoral thesis was titled “Vegetation Biology of New Zealand”. He had not at that time visited that country but after graduating began to prepare plans for a tour of the southern hemisphere, with principal emphasis on Western Australia.

Between 1900 and 1902 he and Ernst Pritzel collected widely in South Africa, Java, eastern and Western Australia and New Zealand. They were in Western Australia from October 1900 to December 1901, and collected over 5700 specimens. Their joint publication Fragmenta Phytographiae Australiae Occidentalis (Bot. Jahrb. 35, 1905) is one of the milestones in the description of Western Australian plants. A translation of Diels' account of the exploration of the Western Australian flora appears in Diels (transl. Carr, 1981 in People and Plants in Australia). His main collection, including many holotypes, went to B, but the Type collection was destroyed in an air raid on 2 March 1943. Duplicates (including isotypes) can be found in BM, MEL, NSW and PERTH.