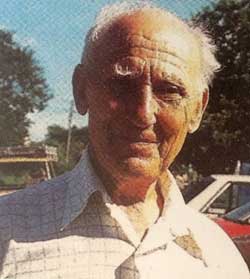 Alick Dockil had made a name for himself as an amateur orchid expert in Sydney before he moved to Cairns in 1957. He quickly established contact with local ochid experts such as Jack Wilkie and started publishing new species from the local area.

In the next ten years descriptions of 15 new species or varieties including Bubophyllum wadsworthii, Corybas abelliams, Eria intermedia, Taeniophylum flavum, Habenaria anomala and Oberonia attenuata appeared in The North Queensland Naturalist, The Orchadian, The Australian Orchid Review and Australian Plants. In addition he published some 50 papers illustrating and providing notes for many already known species from Tropical Australia. These articles were the forerunner of his major work.

He set himself the task of illustrating and describing all the orchids of the north. The first stage was the publication in 1967 of a book titled Australian Sarcanthinae which included four new genera and many name changes in this most difficult group. In 1969 Australian Indigenous orchids was published. This book was a true epic in orchidology in Australia. It included each of the 200 odd species and varieties and 72 genera of orchids in Tropical Australia and also included all the epiphytic species in Australia as a whole. Each species and variety was covered by a full page illustration along with a full description including habitat notes synonymy and distribution. The line drawings are botanically remarkably accurate considering that most were done with the aid of nothing more than a hand lens. This book was instrumental in encouraging local naturalists such as Bruce Gray, Rev. Ron Collins and Lewis Roberts to look for new species.

In 1966 such was Dockrill's reputation as a botanist that, despite having no formal qualifications, he was appointed Keeper of the Herbarium at Lae in Papua New Guinea. In 1970 he was employed in the herbarium of the Forest Research Branch of CSIRO at Atherton where he worked until his retirement in 1980. During his retirement at Atherton he worked on a complete revision of Australian Indigenous Orchids which was published in 1992.