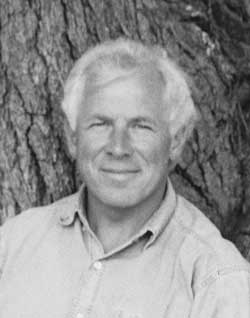 Born in Germany of Latvian parents in 1945 and emigrated to Australia in 1950, died 1996 in southwest Tasmania.

He began taking photographs in the 1960s and was strongly influenced by Lithuanian-Australian pioneer conservationist and photographer Olegas Truchanas. He was equally influenced by American landscape photographers such as Ansel Adams, Edward and Brett Weston and Elliot Porter.

Peter was an environmentalist with a deep love of Tasmania, and his photographs were instrumental in the conservation of Tasmanian wild places, including the prevention of the damming of the Franklin River.

He died in 1996 while photographing in the Western Arthur Range in southwest Tasmania. In 2003 he was inducted into the International Photography Hall of Fame and Museum - the first Australian to be accorded this honour.

Peter's work is represented in the collections of the National Gallery of Victoria, the Tasmanian Museum and Art Gallery, the Australian Heritage Commission and in private collections. His photographs continue to be published by his wife through West Wind Press, in the form of books, calendars, cards and posters.