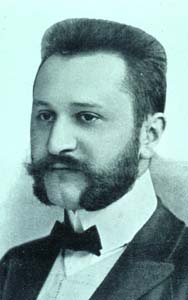 Visited Queensland from December 1909 until April 1910 with the geologist Jíri Danes (see Hall, 1984, for biography) as part of an expedition to Java and Australia. Their itinerary extended from Cairns to Brisbane, and inland as far as Hughenden, Cloncurry, Winton and Longreach. Domin also briefly visited the Blue Mountains near Sydney, New South Wales. On his return he studied additional material in K (particularly the collections of Captain A.A.Dorrien Smith (south-western Western Australia) and Dr E.Clement (north-western Western Australia), see Hall, 1979, 1984) and GOET, and was given a set of Amalie Dietrich's Queensland collections. From these sources he published a series of important works on Australian taxonomy and phytogeography in Repertorium specierum novarum regni vegetabilis (1911-1913), J. Linn. Soc., (Bot.) (1912), and Bibliotheca Botanica Vols 85 and 89 (1913-1915, 1921, 1925-1930). Domin's main Australian collection of about 4000 specimens (including duplicates from Dietrich, Clement and perhaps others) is housed separately at PR. His non-Australian collections are at PRC. Some specimens (including some grass Types) are at K and L.