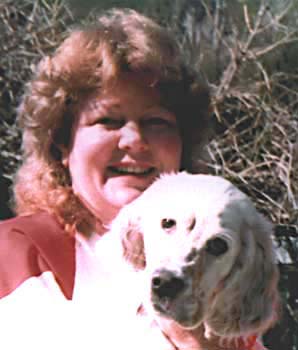 Anne graduated from university ready to teach Maths/Science and came as a new bride to teach in Canberra early in 1969. Anne's marriage was short lived and she felt that teaching left her with too much vacation time to enjoy as a single person. She then made the decision to pursue a career change.

Anne studied computing science at the CCAE and joined the Australian Public Service working for the Australian Government Publishing Service, DAS and other Departments as she climbed the corporate ladder.

That Anne was well respected was evident to us throughout her illness, her peers made every endeavour to assist her to remain in the workforce throughout both her first battle with cancer and the final illness two years later.

Anne joined various groups over these years when she was rebuilding her life, including one which conducted winter survival courses in the national parks during winter. As part of this course Anne assisted in the construction of an igloo/snow cave which she and others inhabited ovemight.

Anne enjoyed gardening and her garden was one of her favourite venues for entertaining her friends.

Her passion for her dogs and the companionship they provided was evidenced by her decision to also make a significant bequest to the RSPCA as well as to the Australian National Parks and Wildlife Service.

Anne fought her illness with courage and it was only 3 days before her death that she agreed to be hospitalised, knowing that she would never again retum to her home.

During the final 2 days in the hospital Anne was largely unaware of her surroundings although she seemed able to call on some inner strength to acknowledge the constant stream of visitors.

Anne Ducrou was an intelligent, dynamic woman who was valued by her friends, that we lost her so prematurely saddened us all.

From the ceremony to open the Ducrou Pavilion on the Eucalypt Lawn of the Australian National Botanic Gardens, built with a generous bequest from the estate of Anne Ducrou.