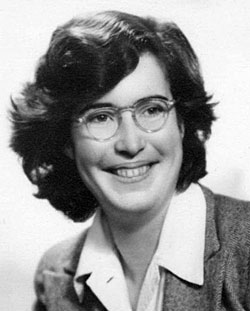 The third child and only daughter of Reginald Charles and Phyllis Mary Duigan, Sue was educated at Elliminyt Primary, Colac High School, The Hermitage CEGS and finally at at Melbourne University where, in residence at Janet Clarke Hall for three years (c.1942-44), gained her B.Sc. and then M.Sc. in Botany.

About 1950 Sue won a CSIRO Scholarship to study in England and under Prof. Harry Godwin at 'Whitstead', the School of Botany at Cambridge, where she received her Ph.D. Cantab in 1954. On returning to Melbourne University Sue worked with Dr Isobel Cookson and c.1960-61 was appointed as a Lecturer in Botany

In her forties and following in the family tradition, 'Sue' took up flying. She gained her Private Pilots licence on November 6, 1970 first flying solo on March 14, 1970.

"Probably the most extraordinary pilot since Uncle Jack. Sue spent a lot of time between Melbourne University and CSIRO. She did her PHD at Cambridge. At the age of 36 she decided to learn how to drive, having mastered a few hot Jaguars etc., she next took up flying. A few years before she died in 1993, she owned her own Piper 140 and used to visit us on Flinders Island in mid Bass Strait on a fairly regular basis."   (John Denis Duigan, Museum Victoria, December 1, 2000)

After a long and successful teaching career and a happy and busy private life which included horse racing and a stong interest in the performing arts, Sue died in East Melbourne in 1993.

Source: Extracted from: www.ctie.monash.edu.au/hargrave/duigan_suzanne_bio.html view in 2011