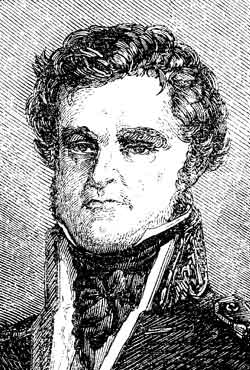 First visited Australia with Louis Duperrey in Coquille, staying at Port Jackson, New South Wales, for two months from 17 January 1824. His collecting included a trip to Bathurst, New South Wales. He later commanded a French exploring expedition to the Pacific in Astrolabe (Coquille renamed) in 1826-1829. The expedition called at King George Sound (Western Australia), Western Port (Victoria), Sydney (New South Wales) and Hobart (Tasmania), where collections were made by dÕUrville and L.A.Lesson (better known as a zoologist). He commanded a third expedition in 1837-1840 (Astrolabe and Zélée), on which the botanists were J.B.Hombron, H.Jacquinot and E.J.F.LeGuillon. This expedition touched on northern Australia and also visited Hobart.

Collections from these expeditions are now housed in P and PC, with lesser numbers in B, G, G-DC and W.