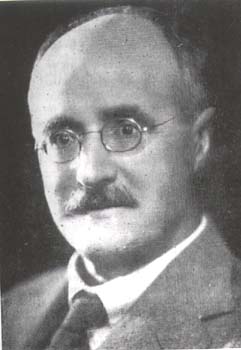 Arrived in Victoria in 1906 to take up the dual position of Government Botanist and Professor of Botany at the University of Melbourne. He relinquished the former position in 1921. His research interests spanned both plant physiology and taxonomy, and under his leadership the MELU herbarium was established and fostered. He is perhaps best remembered for his Flora of Victoria published in 1931, but was also the author of many papers and other books, including Handbook of Forest Trees for Victorian Foresters (1925), Weeds, Poison Plants, and Naturalised Aliens of Victoria (with J.R.Tovey, 1909) and The Flora of the Northern Territory (with O.B.Davies, 1917). His main collections are at MEL, with a few duplicates elsewhere, including B, DBN and NH.

Abstract:
Alfred Ewart was Government Botanist in the service of the Victorian Government from February 1906 to February 1921. He was concurrently foundation Professor of Botany at the University of Melbourne, both positions being part-time. As Government Botanist he was in charge of the National Herbarium of Victoria, which had fallen into a slump after the death of the first Government Botanist, Ferdinand von Mueller, in 1896. Ewart was determined to restore the Herbarium to its former position as a leading centre of research on the Victorian and indeed the Australian flora. In doing so he enlisted the aid of the many capable botanists who were members of the Field Naturalists' Club of Victoria. The Herbarium being in the Department of Agriculture, Ewart had duties in relation to the business of that Department. These had mainly to do with weeds, impure seeds and providing advice to departmental officers. Of particular importance was his taxonomic work as Government Botanist. He published a series of papers and books on the flora of Victoria and the Northern Territory, and engaged in debates with colleagues both interstate and overseas. Ewart ceased to be Government Botanist when the professorship was made a full-time appointment in response to increased teaching loads.