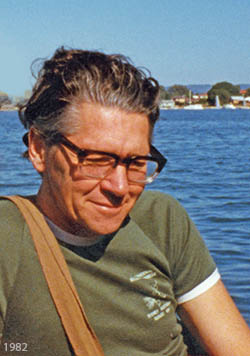 Rex Bertram Filson worked for the Department of Crown Lands and Survey, Victoria 1965-88, as a seeds collector, lichenologist and finally as a senior botanist. He was originally a carpenter by trade and went to Antarctica as a carpenter 1961-63.