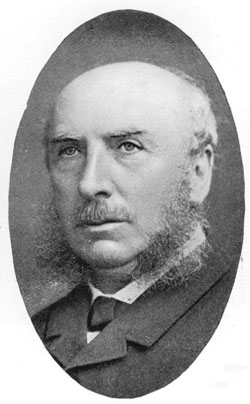 Arrived in Sydney, New South Wales, in 1856. Employed at the Surveyor-General's office, eventually becoming Deputy Surveyor-General. Noted for the production of Australian Orchids (1875-1894), from his own illustrations, lithographed by A.J.Stopps. He had no substantial herbarium, but a few of his collections are in BM and MEL. Many of his original drawings (100+) are held in the National Library of Australia, Canberra.

FitzGerald was a surveyor and naturalist. Born in county Kerry, Ireland, he arrived in Sydney in 1856, where he was employed by the New South Wales Department of Lands. A keen naturalist skilled in ornithology and taxidermy, he turned to studying orchids after a trip with his friend Walter Scott Campbell to Wallis Lake, north of Newcastle, in 1864. FitzGerald's most famous work is Australian Orchids, produced between 1875 and 1882, in which he described many species of orchids for the first time.