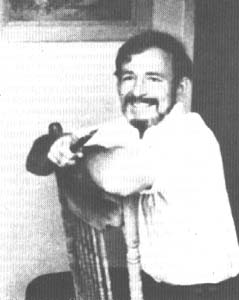 After serving in the Navy during World War II, he worked as a jewellery designer and engraver, then studied art at East Sydney Technical College and the Julian Ashton Art School.

He was a painter of still-life, figurative, and inner-Sydney landscape studies during the 1950s and 60s.  During the last eighteen years of his life he achieved note as a painter of Australian flora.  Of the approximately 440 known works completed by him, 226 are studies of Australian wildflowers.  Fletcher's paintings have been acquired by the National Gallery, Canberra and the Rockhampton Gallery, the Newcastle Regional Gallery and the National Herbarium, Royal Botanical Gardens, Sydney, the Australian National Parliament Collection, Canberra and Artbank.  His work is widely represented in private collections in Australia and overseas.  Fletcher died suddenly at his Church Point home on 22 January, 1983, at the age of 58.

The book ' William Fletcher' by Trevor Andersen was published in 1983. The book was released to co-incide with the first posthumous exhibition of the artist's work, held at the Artarmon Galleries, Sydney and opened by Dr Barbara Briggs of The Royal Botanical Gardens, Sydney. A second major posthumous exhibition was held at the Australian Galleries, Roylston Street, Paddington, Sydney, in October, 2006. At this exhibition a second book was released containing 50 colour illustrations of the artist's work: 'William Ernest Fletcher 1924-1983; Australian Wildflowers, Still Life and Streetscapes' (ed. Trevor Andersen and Robin Wines). Between the two reference books, all of Fletcher's known output has been catalogued.