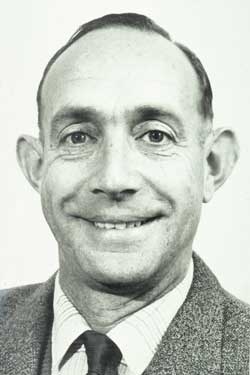 Alex Floyd was brought up in a home where he was given every encouragement to develop his interest in plant life. In 1947 he entered the University of Melbourne where he excelled in botany, and his aptitude continued to be shown when he moved to the Australian Forestry School in Canberra in 1949.

His career has included service with the Department of Forestry in Papua New Guinea and 30 years with the Forestry Commission of New South Wales. He was listed in the 'N.S.W. Public Service List' as from 2 April 1951 and shown as a forester as from 6 February 1956.

Because of Alex Floyd's outstanding knowledge of rainforest flora, the Forestry Commission arranged for his secondment to the New South Wales National Parks and Wildlife Service so that he could undertake a review of the conservation status of the State's rainforest communities. He retired from the Public Service in 1988.

He was active in starting the North Coast Regional Botanic Gardens at Coffs Harbour, and the herbarium he built up during his time at Forestry was transferred to this botanic gardens after his retirement.

Floyd has an expert knowledge of the rainforest flora and his 'N.S.W. Rainforest Trees' in ten parts (1960-80) issued in 'Research Notes' of the Commission, provides a comprehensive account of a large number of species.

Several hours of oral history spoken by Alex is available at the National Library of Australia.