Neridah Ford joined the staff of the National Herbarium of New South Wales as a botanist in about 1948, part of an influx of young graduates from the University of Sydney injecting new energy into what had been a somewhat somnolent organization. Under the guidance of Senior Botanist Joyce Vickery, in company with Lawrie Johnson and Joy Thompson (née Garden), Neridah took a very active part in updating the collection in accord with current publications.

Her distinctive neat handwriting is widely found at NSW, on her own collections, identifications and much more, especially in Asteraceae. Opportunities for fieldwork were then quite limited, but 681 of her collections are included in NSWDATA and her collections are holotypes of Derwentia arcuata and Olearia lasiophylla.

She published jointly with Joyce Vickery on the ‘correct name of Sturt’s Desert Pea’, but was generally reluctant to put her conclusions into print. It is characteristic that, when Gnaphalium fordianum [now Euchiton fordianus (M.Gray) P.S.Short] was named, Max Gray noted that her ‘annotations and sorting of the specimens … indicate that she was the first to recognize the distinctiveness of this taxon’. Much else was studied and annotated and her observations have been valued by subsequent researchers. She took a huge share of the work of identifying specimens for members of the public.

Neridah’s career was cut short in 1971 when she left botany to care for her parents who were in poor health. As Aunt and Great-Aunt she was greatly valued by her extended family. After suffering the painful complaint scleroderma for many years, Neridah died on 16 December 2006, aged 80 years. 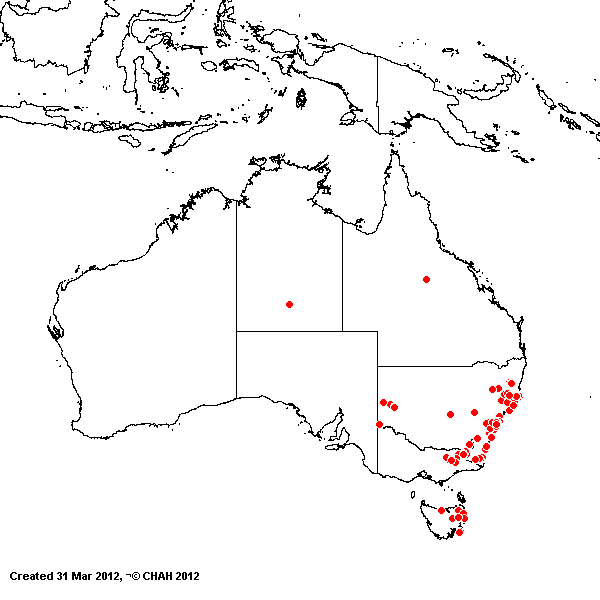