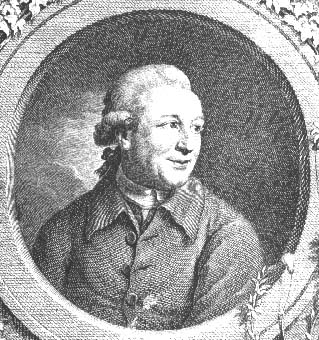 With his son, botanist on Cook's second voyage (Resolution and Adventure) to the South Seas. The Forsters were aboard Resolution. Only the Adventure touched Australian shores, at Adventure Bay, Tasmania (February 1773). The Forsters wrote a number of (largely unauthorised) works on their voyage, describing some South Pacific plants which extend to Australia.