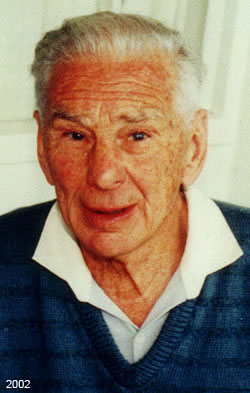 On a visit to Western Australia in 1980, became very interested in all the wildflowers and orchids and in taking many photographs. As this was the time I had retired from all sporting activities, I was looking for another interest and this seemed appropriate, as my wife, Margaret, could also participate.

Shortly after this I came in contact with Angair (Anglesea and Aireys Inlet Flora and Fauna Conservation Society), and was taken with the way the orchids at Anglesea were valued, so this became our hobby, spending long hours in the Anglesea district learning where the many orchids can be found. I have now been a member of the Angair Committee of Management for 20 years.

After retirement from work in 1983, we started visiting areas around Victoria and then interstate, Western Australia again, New South Wales, Queensland and South Australia, finding orchids grow in most areas.

Membership with ANOS Victoria also increased my knowledge of orchid growing areas. I was inaugural president of ANOS Geelong and have been secretary for 12 years.

Production of the “Orchids of the Anglesea District” together with Margaret MacDonald, was an exciting and satisfactory achievement.

Collecting localities for 'Foster, E.' for orchids from AVH (2021)