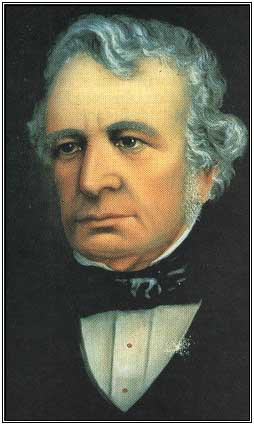 Francis grew up reading Latin and French and in addition to his main interest in Botanical Science he developed the skills of draughting, surveying and engraving. By the time he was 21, he had travelled to Europe and collected specimens and had established himself as a clear, fluent and impressive speaker on botany and “other departments of sciences”.

In 1843 Francis and his wife Ann and family left for France where he took a teaching position at St. Paul's Boarding School for Boys in Boulogne.

Upon his return to England, Francis continued his botanical writing, illustrating and lecturing and then, encouraged by Caroline Chisholm, made the decision to emigrate to the colony of South Australia, where the family arrived in 1849 aboard the ‘Louisa Baillie'.

He worked tirelessly to achieve his dream of creating a botanic garden whilst surveying and valuing land for the city council. He designed and planted Victoria Square and the four surrounding squares of Adelaide and later he was asked to supervise the planting of trees and shrubs for the Lunatic Asylum, hospital and Government House.

In March 1855 Francis was appointed as Superintendent of the Botanic Gardens and became the first Director when the gardens were officially opened to the public in 1857. Francis established the first herbarium and botanical library in Adelaide. He also made the first olive oil in South Australia for which he won an honourable mention at the great Exhibition of London in 1851 and he left a considerable legacy as a collector of seeds, plants and cuttings, including the sultana vine from Sir William Hooker from Kew Gardens.

Hakea francisiana was named after him by his friend and colleague Dr. von Mueller of the Melbourne Botanic Gardens. Francis continued his botanical lecturing during his years as Director of the gardens and wrote extensively on topics such the production of new crops, including tobacco, cotton, mustard seed, peas, beans and canary seed.

Francis died in Adelaide in August 1865 only four days after handing in his resignation, and is buried in the historic West Terrace Cemetery.

Best, Barbara (1986) George William Francis - first director of the Adelaide Botanic Garden . Privately published by the author in conjunction with the Botanic Gardens of Adelaide.

The above portrait of George William Francis is now in the board room of the Goodman Building of the Botanic Garden of Adelaide on Hackney Road. It was painted by Emily Anson (daughter of George William and Ann Francis) and was donated to the Board of Governors of the gardens by her in 1887.