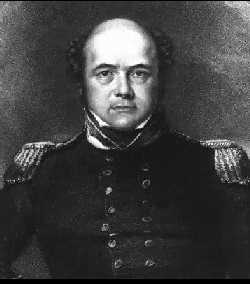 Sir John Franklin was appointed Lieut-Governor of Van Diemen's Land in 1837 and moved to Hobart with his wife that year. During the politically turbulent years of his office (1837-1843) he strove to promote the development of cultural pursuits in a colony of brutalised convicts and Aborigines, and free settlers.

Before his Tasmanian appointment he had conducted two significant polar explorations, and he later lost his life on the greatest of his expeditions (1845-1847) to discover the N W Passage. 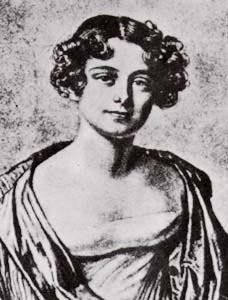 Lady Jane Franklin was one of the colony's most culturally erudite and forceful women. She was also an adventurous traveller and participated in expeditions which explored Tasmania, including one which crossed the island from Hobart to Macquarie Harbour in 1841-42.

Lady Franklin actively promoted scientific endeavours and strongly influenced her husband to establish the Tasmanian Natural History Society. She was also involved in many activities to build and promote the Van Diemen's Land colony, including the establishment of an agricultural settlement on the Huon River in 1839.