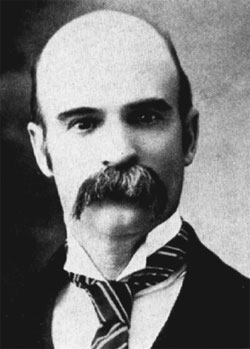 When he was a child the family moved to Bendigo, from which locality the type of Eucalyptus froggattii came. In his early days he worked on the land but later on goldfields in New South Wales and Queensland. He continued his interest in collecting insects and was appointed entomologist and assistant zoologist to the expedition of the Royal Geographical Society of New South Wales to New Guinea in 1885. The following year he was engaged as a collector by William Macleay of New South Wales and made large collections in northern Queensland and in Derby and inland areas of north-western Western Australia. Shortly afterwards he went to England and gained experience in European museums and universities.

In 1889 he was appointed assistant at the Sydney Technological Museum and in the following year published the first of more than 300 papers, mainly in Proc. Linn. Soc. N.S.W.  He was appointed entomologist of the Department of Agriculture of New South Wales in 1896.  The first comprehensive textbook on Australian entomology, Australian Insects, was published in 1907; other noteworthy books were Forest Insects of Australia (1923) and Forest Insects and Timber Borers (1927). He investigated control of fruit flies and other pests in overseas countries (1907), pests attacking coco-palms and sugar cane in the Solomons (1909), in the New Hebrides (1913) and pests attacking banana plants in Queensland (1923). He retired from the Department of Agriculture in 1923 but was entomologist to the Department of Forestry until 1927.  Froggatt was a member of the Linnean Society of New South Wales and its president from 1911 to 1913.  His other interests are shown by his being a foundation member of the Wattle League, and a member of the Wildlife Preservation Society of Australia and the Gould League of Bird Lovers, as well as being on the first Council of the New South Wales Naturalists Club and a president of it for many years.  During his later years he published several articles on trees in the Australian Naturalist