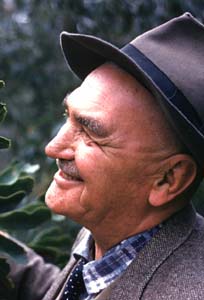 Graduated in botany in Vienna. Taught French in Alexandria, Egypt. Professor of Botany at the Karaj College of Agriculture (later the Faculty of Agriculture, University of Tehran) until 1940s. Established the first modern herbarium in Iran and helped to develop the College's botanic gardens. Captured with his family by the Allies on 18 September 1941 and interned. Put on a prisoner of war ship to South Africa but diverted to Australia. He arrived in Adelaide on 19 November 1941 on board the New Zealand troop ship Rangitiki and was interned at Loveday (near Renmark, SA) in the mallee where he started collecting herbarium specimens in 1941 (first specimen 20 November 1941). Transferred to Tatura Camp near Shepparton, Victoria on 31 January 1945 and released in Melbourne on 17 September 1946. After the war his wife and daughter were repatriated to France and then Austria, but Gauba acquired British nationality by naturalisation on 10 May 1948 while employed as a gardener at the town of Research in the Dandenongs near Eltham, Victoria.

He moved to Canberra, Australian Capital Territory, became a close research associate of L.D.Pryor, and was appointed (Temporary) Botanist for the Department of Interior in 1950, mainly for the Canberra Botanic Gardens (later Australian National Botanic Gardens). His wife and daughter rejoined him in Canberra. He and Pryor amassed a substantial herbarium, much of which was later transferred to the Canberra University College (later Australian National University, GAUBA). >700 specimens remained in CBG, and these are now in CANB. Gauba left the Department of Interior to join Pryor at the University as a part-time lecturer in 1960.

(More photos at foot of this page.) 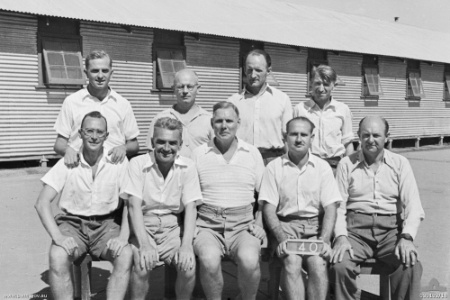