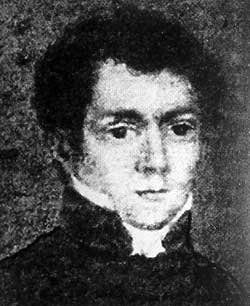 Botanist with Freycinet's expedition of 1817 - 1820 in Uranie and Physicienne. Collected in Western Australia at Shark Bay for two weeks in September 1818, and for two months (November-December 1819) in New South Wales at Port Jackson, Botany Bay, and the Blue Mountains. He also undertook an excursion to Bathurst. His collections, to be found in P, were described in the account of the voyage (Voyage autour du Monde sur l'Uranie et la Physicienne, 1826), and later by others. Duplicates may be in B, BR, DS, FI, G, G-DC, K, L, MO, PC, P-JU, US and W.