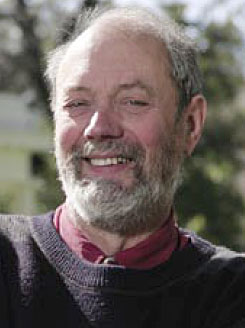 David Given died on 27 th November 2005 in Christchurch, NZ, after two major operations for cancer earlier in the year.

David Given earned a first class honours degree and PhD in botany from Canterbury University. He was for many years in charge of the Department of Scientific and Industrial Research’s herbarium, was a Lincoln University lecturer and had a significant role in the work of the Isaac Centre for Nature Conservation.

David was known to many Australian plant systematists through his work on Celmisia (Asteraceae) and ferns in particular, much of this while he was based at the herbarium in DSIR in Christchurch. He also had very broad interests in weeds, ethnobotany and rare plants. In later years (1997-2004) he chaired the global plant conservation committee of the World Conservation Union (IUCN) Species Survival Commission and was a regular contributor to Botanic Gardens Conservation International.

For the last couple of years of his life David had been curator of the Christchurch Botanic Gardens.