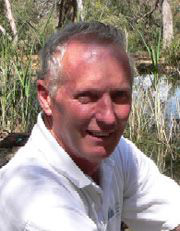 He won a series of awards and placements during his career:

During his time with the SCS he was in charge of the alpine catchments restoration project following the removal of grazing from the upper catchments of the Snowy Mountains in Kosciuszko National Park. During this project he established himself as an expert in wetland research, restoration and management, the wetlands restoration work being recognised by the Global Restoration Network as one of the top 25 Australasian restoration projects.

Roger was one of the founders in 1986 of the Commonwealth/States Alps National Parks cooperative management agreement and the Alps Liaison Committee.

Roger retired from the NSW Public Service in 2004 after 10 years with the NSW Soil Conservation Service (SCS) and 30 years with National Parks and Wildlife Service (NPWS).

In retirement he continued to be actively involved in community and academic projects involving alpine and wetland ecology and the Australian Network for Plant Conservation.