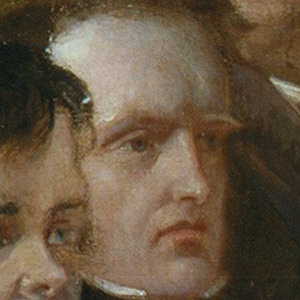 Greville was born at Bishop Auckland, Durham, but was brought up in Derbyshire as his father, Robert Greville, became the rector of the small village of Edlaston and its nearby hamlet of Wyaston. Greville had an interest in these natural history since he was very young, but he originally studied medicine. Realising that he did not need an income he discarded his medical education and concentrated on Botany.

Greville married Charlotte Eden in 1816. In 1823 he began the illustration and publishing of the journal Scottish cryptogamic flora and also contributed other articles in the field. In addition to science he was interested in political causes like abolitionism, capital punishment, keeping Sunday special and the temperance movement.

In 1828 he received an honour when Mount Greville in Queensland was named in Greville's honour by a fellow botanist, Allan Cunningham. Mount Greville became part of an Australian National park in 1948 and is now part of Moogerah Peaks National Park. The aboriginal name for Mount Greville and the area around it (including Cunninghams Gap) is Moogerah which gave its name to the Park.

In 1835 Greville published some piano music for a sacred melody written by Rev. W. H. Bathurst.[8] In the following year he served as President of the Botanical Society of Edinburgh for the first time.

In 1840, Greville was one of the four vice-presidents at the World's anti-slavery convention at Freemason's Hall in London on 12 June 1840. The picture above shows him in a detail from a painting made to commemorate the event which attracted delegates from America, France, Haiti, Australia, Ireland, Jamaica and Barbados. The painting now hangs in the National Portrait Gallery in London.

Greville was a member of a number of learned societies including being honorary secretary of the Biological Society and a Fellow of the Royal Society of Edinburgh. He was an honorary member of the Royal Irish Academy and the Howard Society as well as being a corresponding member of natural history societies including Brussels, Paris, Leipzig and Philadelphia. He was secretary of the Sabbath Alliance and a compiler of the Church of England hymn-book (1838).

Towards the end of his life he created landscape painting which were exhibited.

In 1866 Greville served as President of the Botanical Society of Edinburgh for the second and last time. He died at his home in Murrayfield, Edinburgh on 4 June 1866 whilst still taking an active interest in his work having new papers in preparation for publication.